It’s always tricky when you have people from out of town come visit Colorado and want to go hiking. Just about everyone wants to see the views you post about, but most will struggle with the altitude and general lack of oxygen. I never want a hike to ruin the rest of the trip, so this trail seemed to strike a perfect balance.

The night before I attended a wedding on top of Keystone (one of the most beautiful weddings I’ve ever seen – it took two gondolas to get there!) with my friend Lauren, who was in town from Houston. We had a couple of hikes planned for the night-after-the-wedding and this 3-mile hike looked just manageable after the amount of drinking and dancing we did.

Following the reviews on AllTrails we went clockwise, which brings you up into the trees first. That makes for a nicely shaded hike up and a stunning one too (adding this to my list of hikes to do this fall when the Aspens change!) It’s also a dirt bike, mountain bike trail – so heads up for those on wheels!?

The incline was just enough to feel like you’re getting a workout, but not so steep you need to take constant breaks to breathe. Also, shout-out to Lauren for not needing to stop once for oxygen!?

We get about a half hour in, so maybe a third of the way up and round a corner to see a a giant Moose staring straight back at us. Now, I’m not the most outdoor-saavy but I know to stay away from Moose. I also know that they are incredibly fast and stomp when they attack. And I especially didn’t like that this one was standing in the middle of the trail, watching us. We waited a bit for it to leave, it didn’t. So when another one of his friends showed up, we decided the safest option would be to turn around.

The problem was, the corner we just rounded brought us right back down to directly below the moose. Then one started walking down the hill toward us. So we started back up again to see the other moose. These damn moose had us trapped. Thankfully, right as I’m frantically googling on my phone “how to know if a moose is going to attack,” a few dirt bikers came roaring up the hill and scared them off. Poor Lauren, they don’t have moose in Houston, so this was an adventure.

I’m so glad the moose moved on because it didn’t take long to see the views we’d been waiting for. At first, through the trees, then eventually we got to the top and it was completely worth it. You could see Keystone, all of Lake Dillon, to Silverthorne. 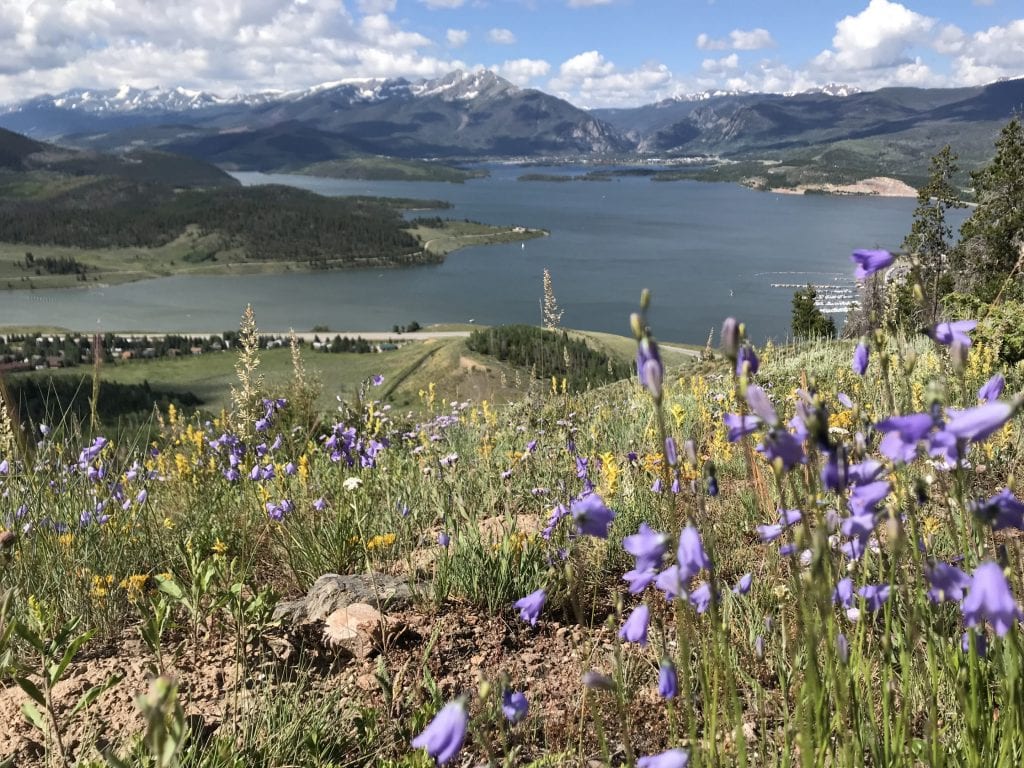 The rest of the way down is easy and beautiful. It’s hard to decide between taking in the views and snapping pictures of the wildflowers.

This was a new one and thanks to so many of you responding to my instastory, I found out it’s a Gunnison’s Mariposa Lily – Awesome. 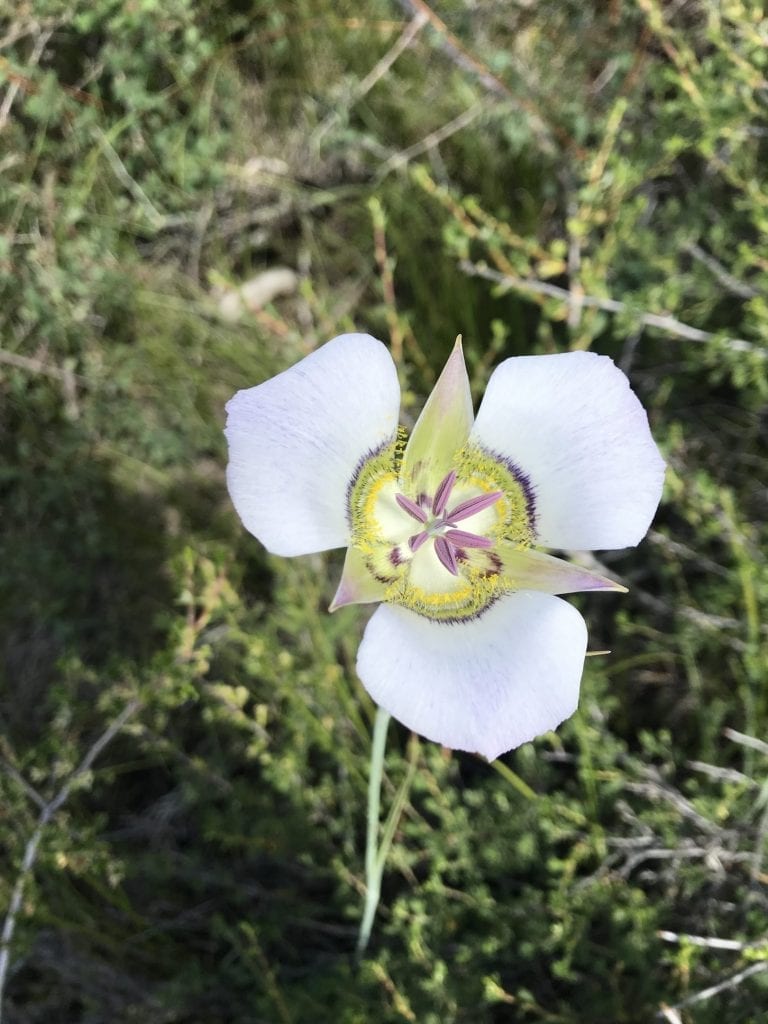 It's been almost a year since Approachable Outdoors launched last summer as a fun side project during the Pandemic and I'm still blown away every day at what it's grown into. In the very early days I would dream about using this site as a source of good, to make an...

Estes Park is one of my favorite places in Colorado! It's only an hour and a half from Denver (which is a gorgeous drive) and it has so many options for a weekend away. Obviously the big focus of our trip was hiking: Hikes: Mill's Lake (4.9 Miles/886 ft. Elevation...

I usually find my hikes on AllTrails or through recomendations from friends and had never been on a guided hike before but the  YMCA of the Rockies offers a guided hike for free when you're staying there. One of the best parts was that I didn't have to worry about...

Moab is just over five hours from Denver so it’s perfect for a weekend adventure to another world. The gorgeous red rocks of Moab, Arches National Park and the Canyonlands are a must-see and it’s also a trip you can do over and over again and see something new...

Whether it’s a road trip or I’m feeling antsy in my little city apartment, trunk picnics are some of my favorite ways to spend an afternoon. (Also, take note – killer date idea!) On road trips, especially through National Parks I’ll make sure I pack most of my gear...

My first off-roading post! Yes, this is not a hike – You will need a 4x4 car, ATV or Mountain Bike to get to the Gemini Bridges but they are totally worth the trip and may be my new favorite in Moab. It’s very popular and recommended as one of the easier...