And yet here we are.

There’s a reason this blog is called Approachable Outdoors because I would certainly not consider myself outdoorsy. I like a nice easy hike with a killer view or waterfall, then I like to be back in Denver in time for Happy Hour. There’s nothing approachable about climbing a 14er.

For those not familiar, a 14er is summiting a mountain that has an elevation of 14,000ft or higher. Colorado has 58 of them and it’s a point of pride to say you’ve done one.

I climbed my first 14er, Mt. Elbert, in college. I physically prepared in no way other than not going out the night before. I went with two friends, one of whom was a pretty avid hiker so he acted as our guide and even more importantly our distraction the whole hike up. Elbert is the tallest peak in Colorado, so it seemed like the perfect one to do. While I am so glad I made it up the mountain & got that picture, the whole way down when we were running from a hail storm I vowed never again. I also thought this a lot on the way up when I had to stop to catch my breath every few steps. 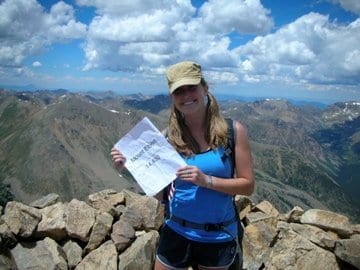 Then this summer when I had been hiking a lot it came up a couple of times and each time was like, nope. I’ve already done it, it was incredibly hard and I have no desire to do it again. Then my friend Rima, who has Cystic Fibrosis and is three years out of a lung transplant, asked if I wanted to do one. I reluctantly agreed and we decided on Mt. Bierstadt, generally considered to be one of the ‘easier’ ones.

Honestly, I spent the days leading up to the hike dreading it. I had some things going on in my personal life (I am the queen of getting my heart broken) and the idea of climbing to the top of the mountain sounded miserable. I really just wanted to curl up in bed and stay there until I felt better.

But for some reason the morning of the hike I woke up excited. I had just come off of 7 days in a row of morning show shifts and was expecting my body to completely reject my attempt to again wake up before the sun, but it didn’t. It felt strong and my legs felt ready to move.

The hike itself started out incredible – gorgeous views amidst a smoky sunrise. The first mile is even relatively flat! We stopped for snacks & water a ton, we were on no one’s time frame so we took it slow and I was surprised how much I was enjoying it! 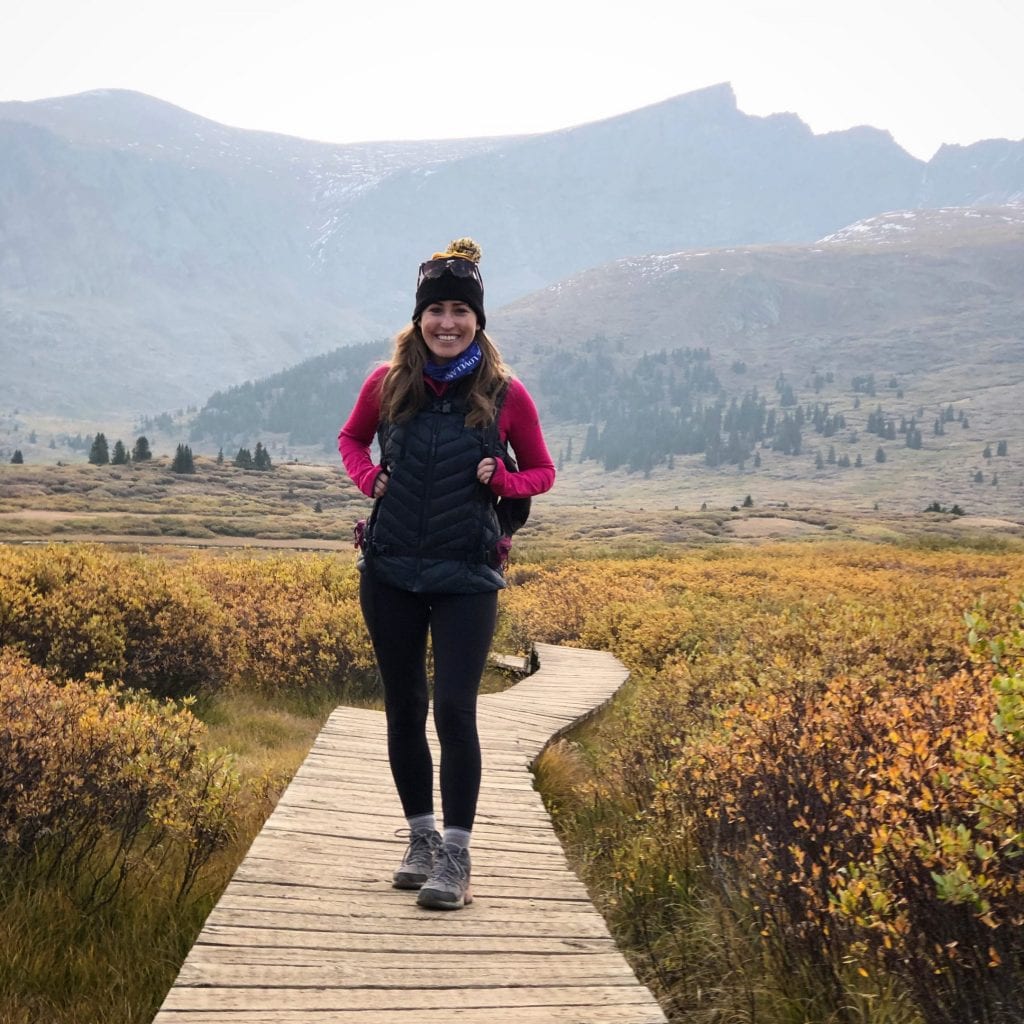 Then came the fourth mile, which starts right when you hit 13,000 ft in elevation, and to say its difficult would be an understatement. You’re climbing nearly straight up so at one point, so we set a goal of walking 10 or 20 steps then we get another break. After the steep climb, you literally now have to climb up boulders the last few hundred feet to make it to the summit.

At this point it’s not just the breathing that’s hard, my whole body is exhausted and absolutely does not want to keep climbing. Hiking for me is as much mental as it is physical, maybe even more so sometimes.  And honestly, I wanted to stop. I wanted to turn around and go back down that mountain. Did I swear a lot? Yes. Did I threaten to push sweet Rima off the mountain? Multiple times. Did I genuinely wish I was anywhere but on top of that mountain? Yes. 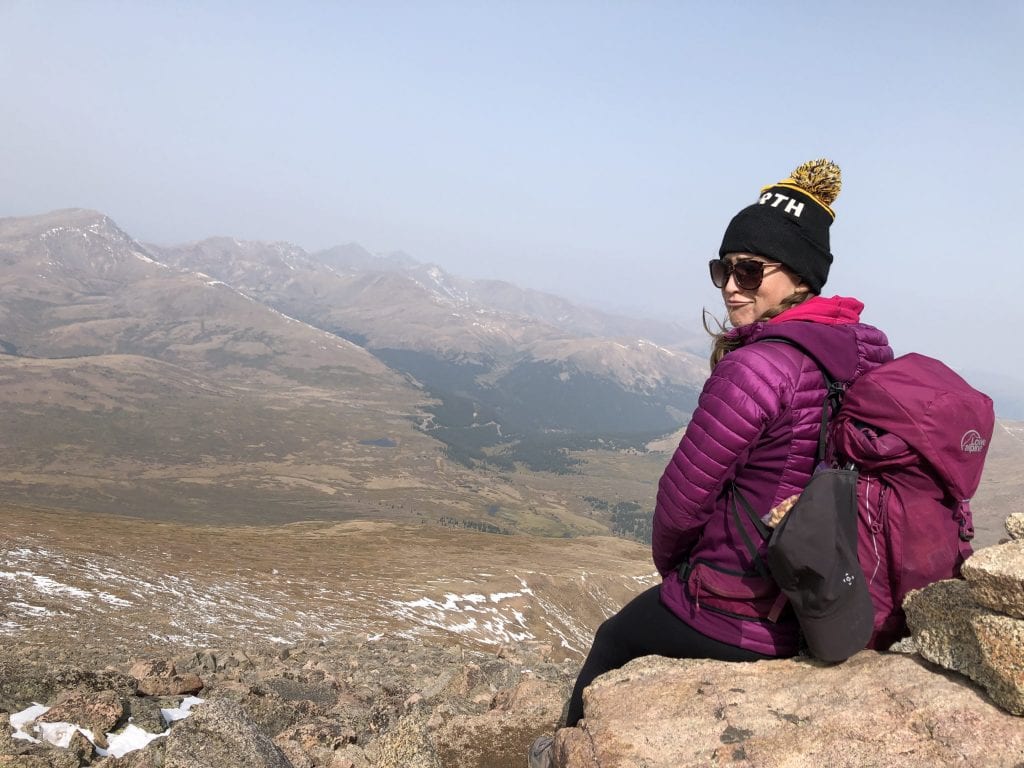 A hundred feet from the top we sat down again for another break. And then we pushed the last few steps to take in the 360 views from the top of Mt. Bierstadt.

When you’re sitting on the summit, taking in the views and trying to catch your breath a funny thing happens: 14ers have this way of making you forget just how awful things were only a few minutes ago. Maybe it’s the lack of oxygen, maybe it’s the view. Maybe it’s the summit beer that hits you a little differently than it would back in the city. When you’re literally sitting on top of a mountain, you feel like you’re on top of the world. 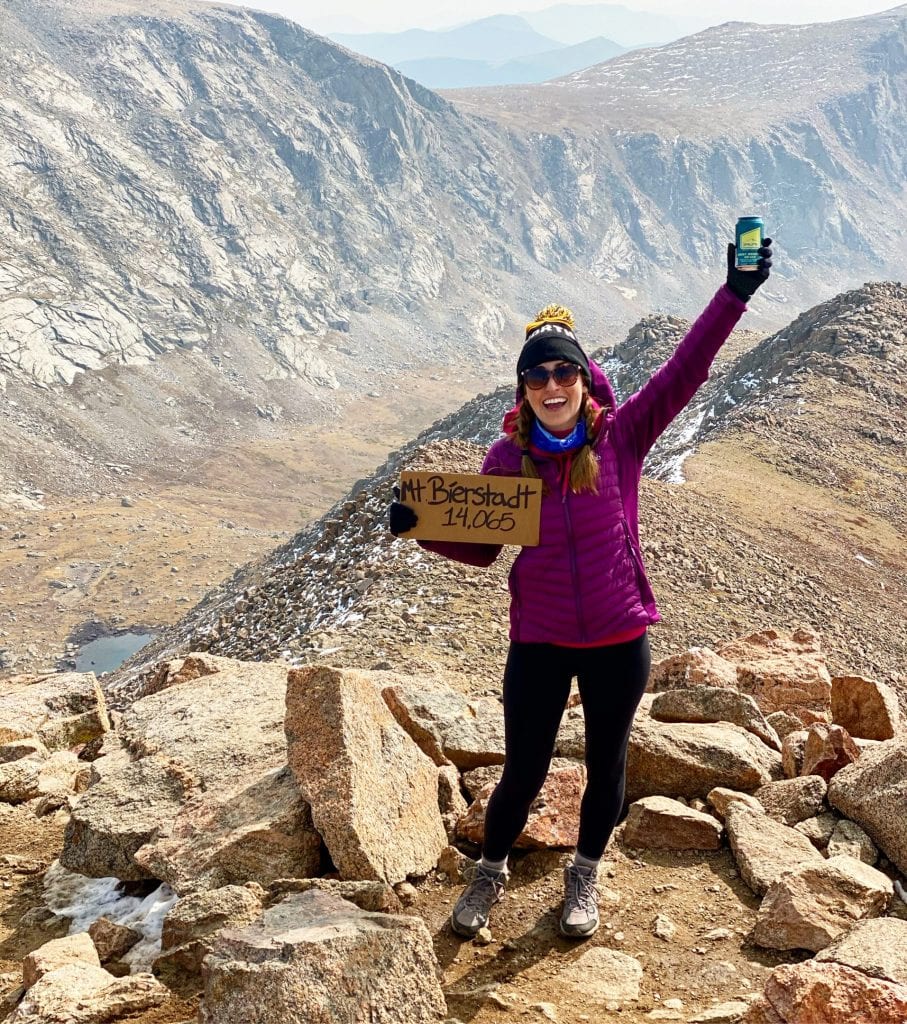 On our way down, Rima said something to me that really stuck with me.

“How lucky are we that we were physically able to do that just now.”

I don’t have a chronic illness and have been unbelievably blessed my whole life with relatively good health and to be honest, it’s so easy to take for granted. I spent most of my time climbing that mountain complaining and whining in my head (and let’s be honest, out loud) about how much I hated it and how terrible it made me feel — I didn’t even stop to think about how incredible it was that my 31-year-old body is healthy enough to climb a freaking mountain.

Rima has Cystic Fibrosis which is a disease that impacts the lungs and digestive system, three years ago she had a lung transplant. At 9am exactly on our hikes every week her alarm goes off and we stop as she pulls out her pills that keep her alive and keep her body from rejecting her new lungs. She’s been forced to sit in hospital beds for days or weeks at a time and here I was this morning almost willingly staying in mine.

So now instead of saying never again will I climb a 14er, I think about how grateful I am for my body and my health for that experience not just once, but twice. And hell, if I’m lucky enough to get to do one again that would be absolutely incredible.

Also, you should follow Rima because she’s amazing on a million different levels! 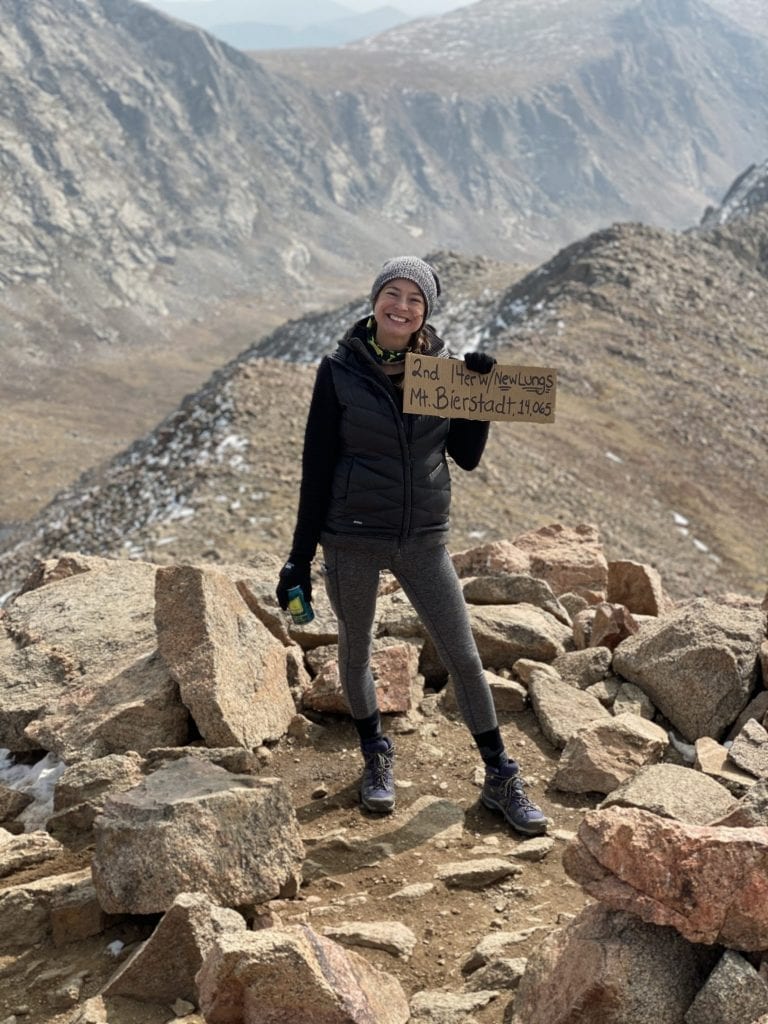 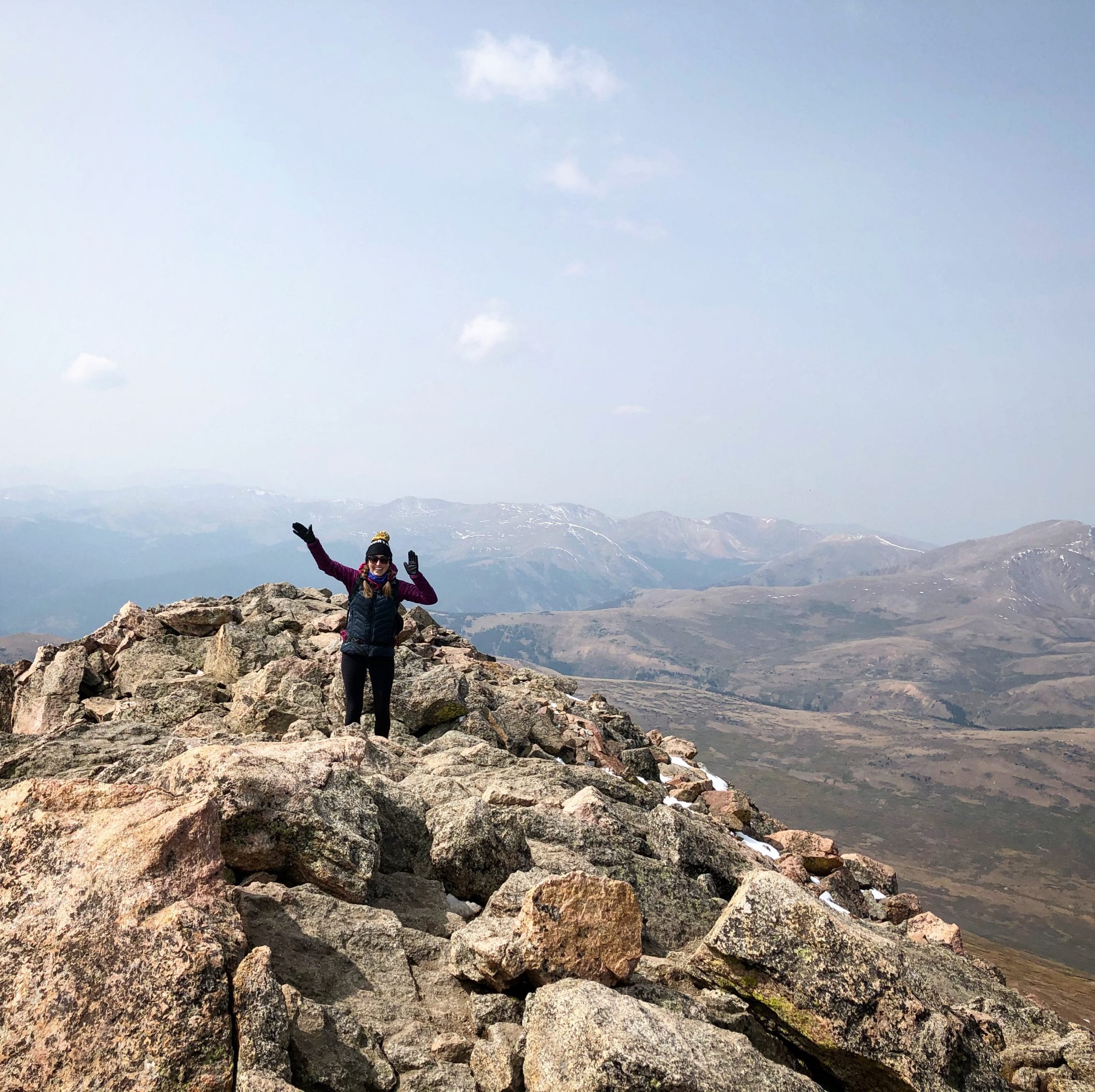 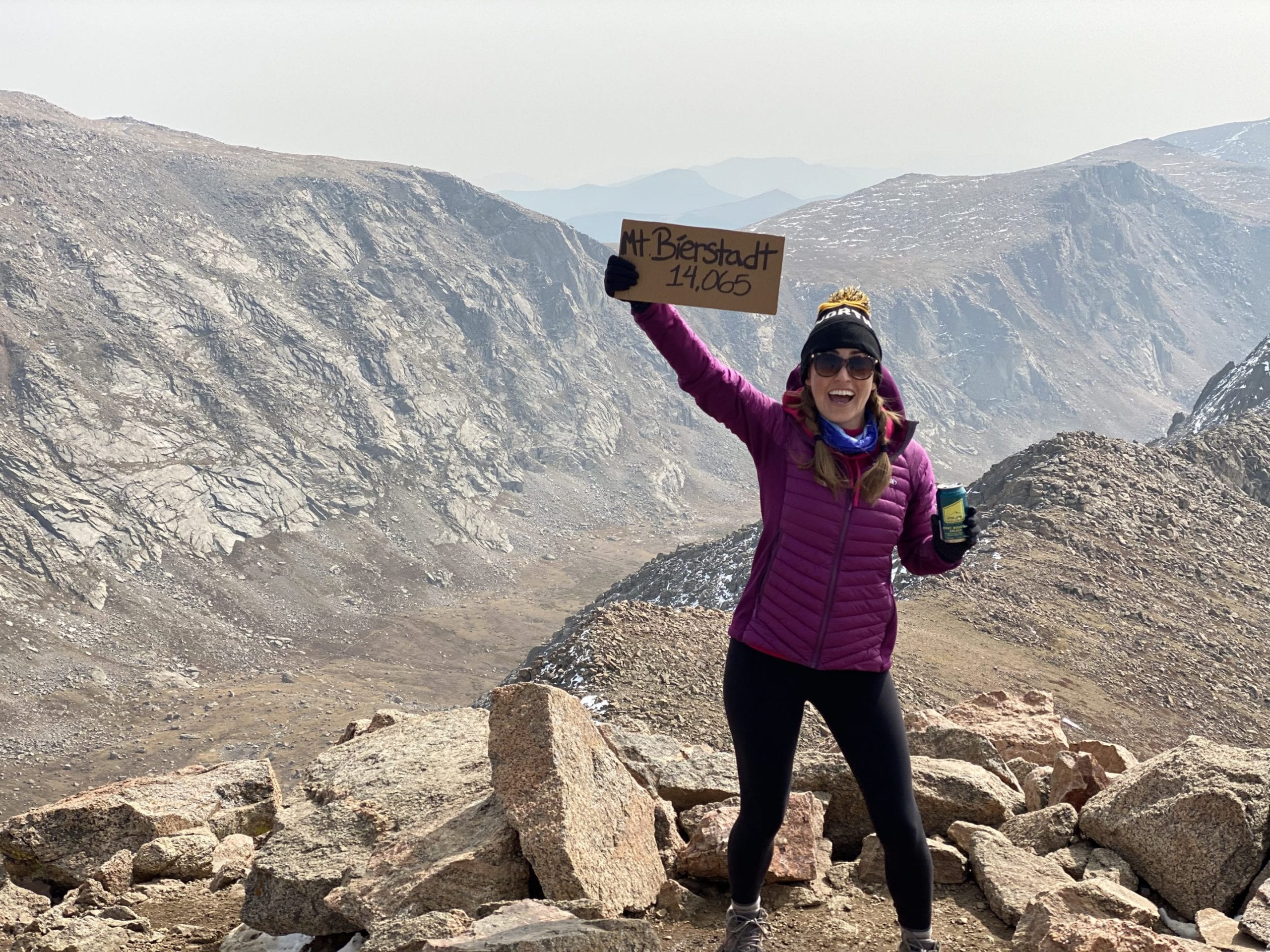 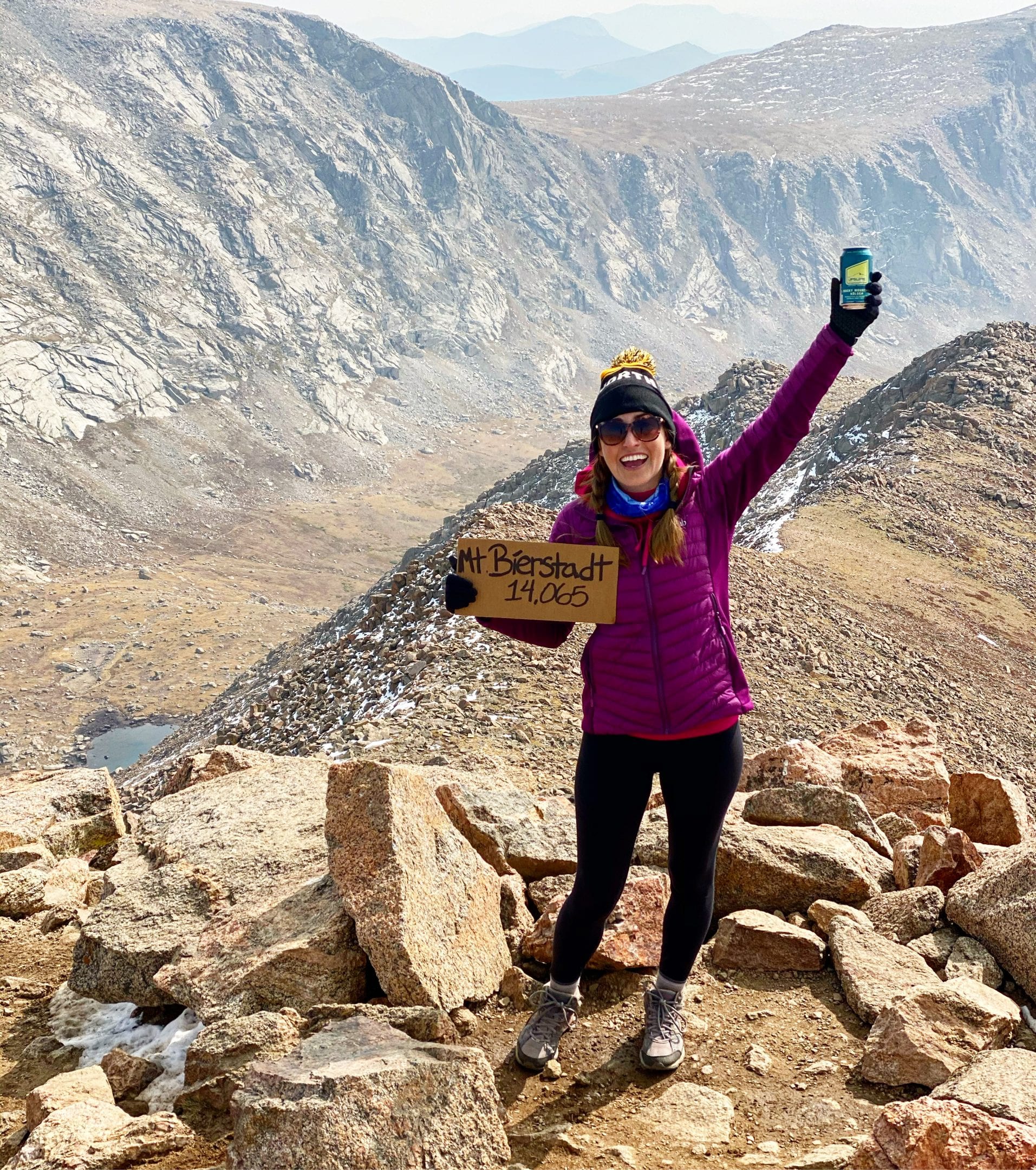 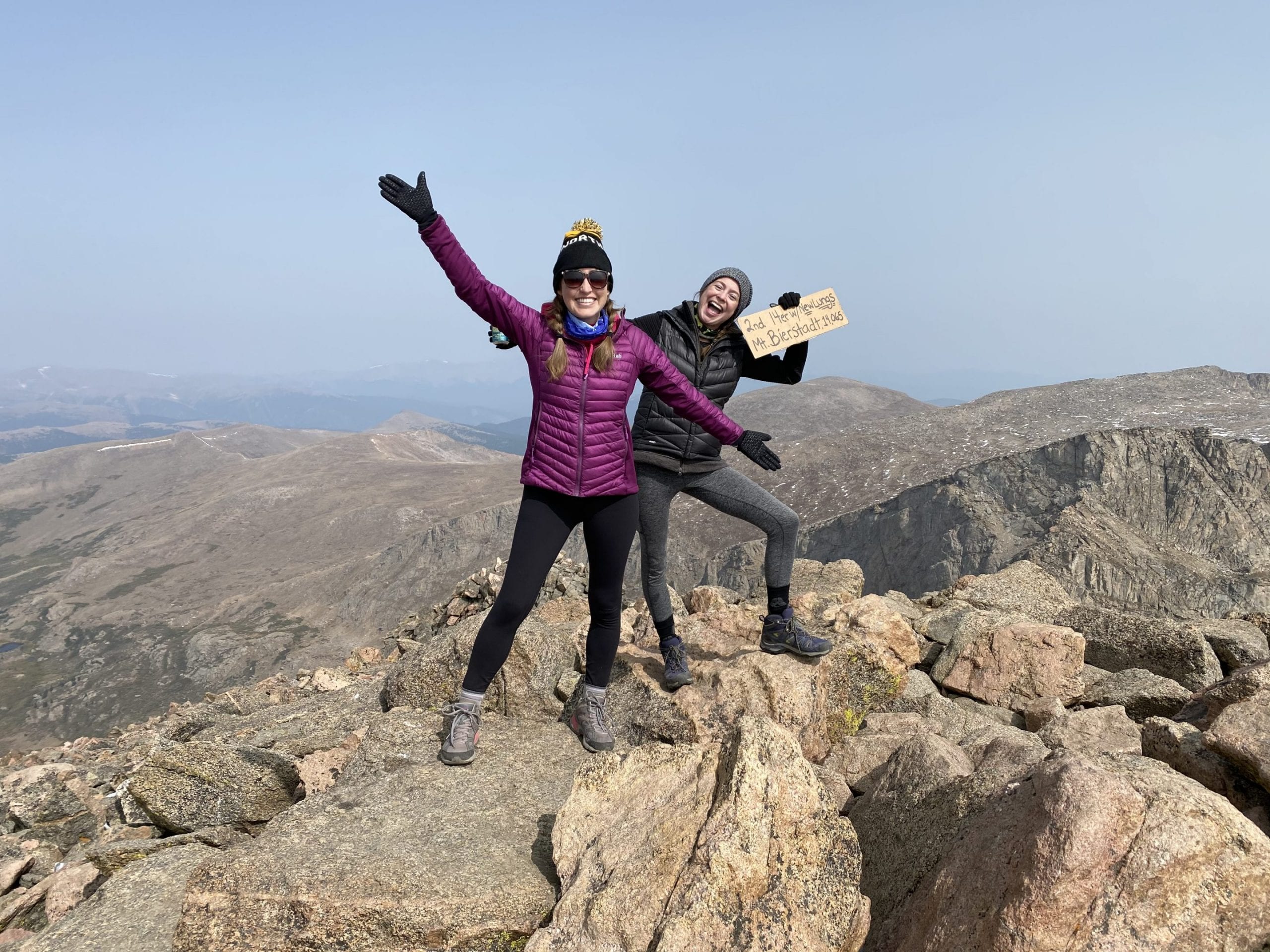 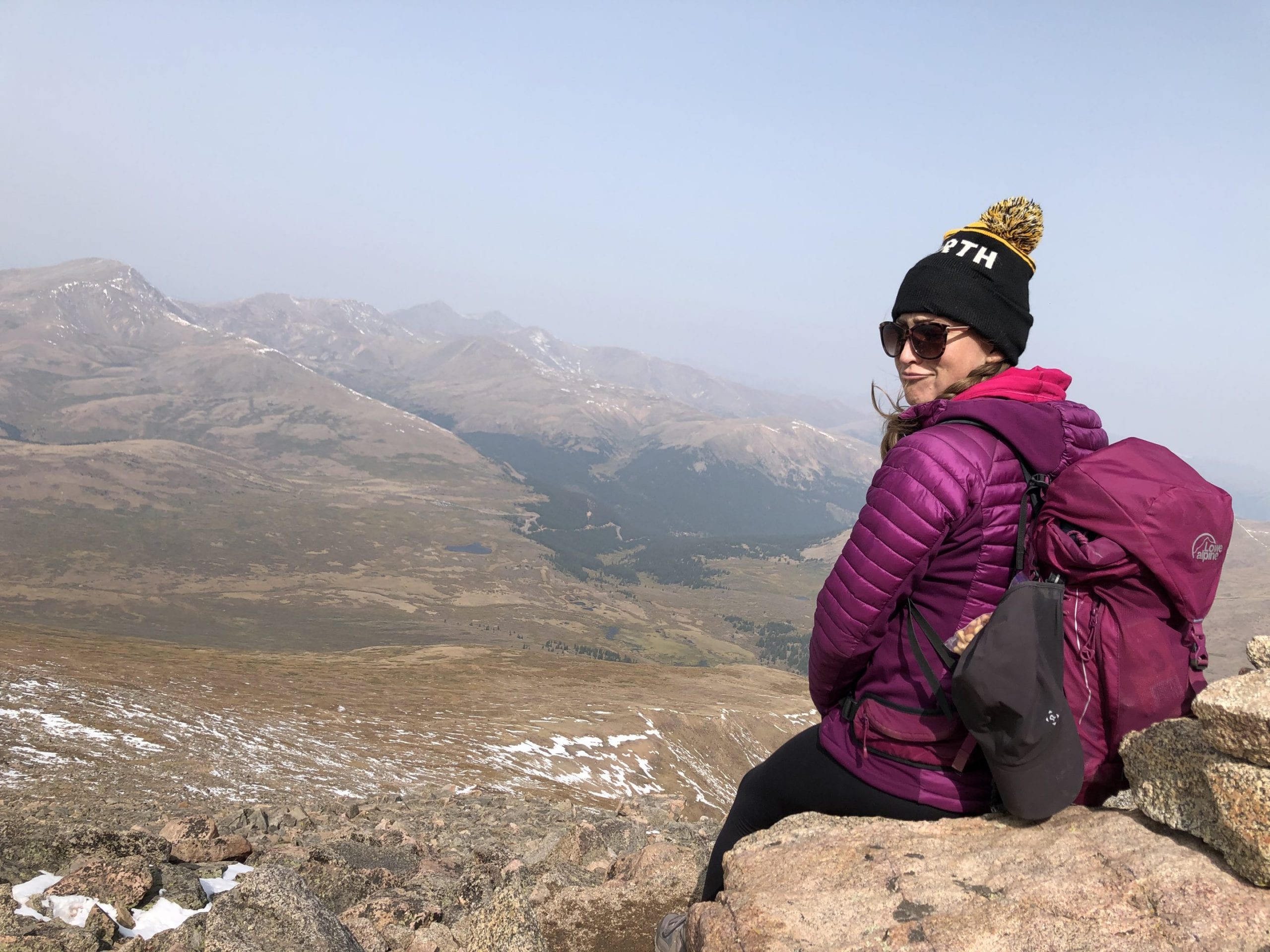 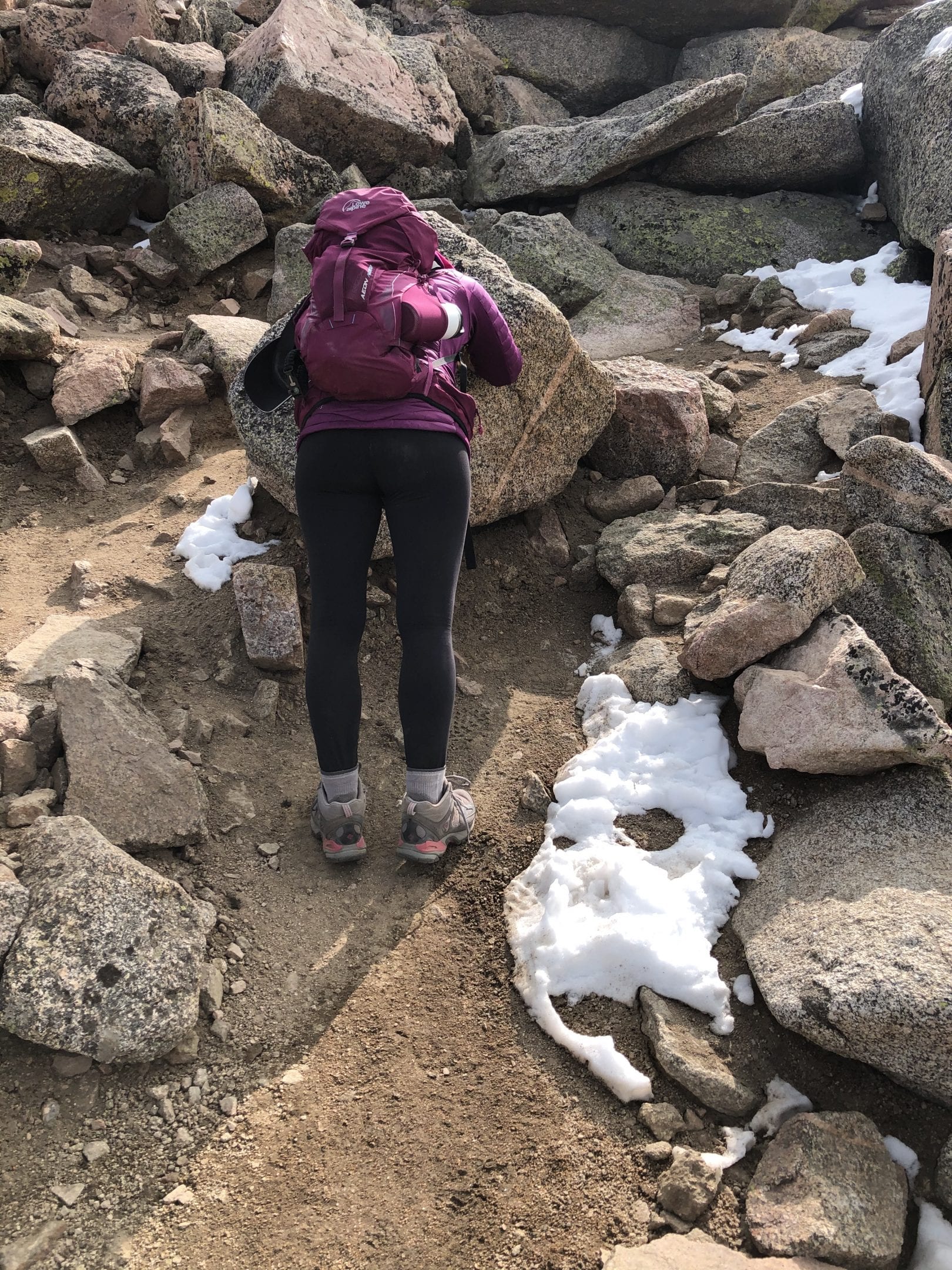 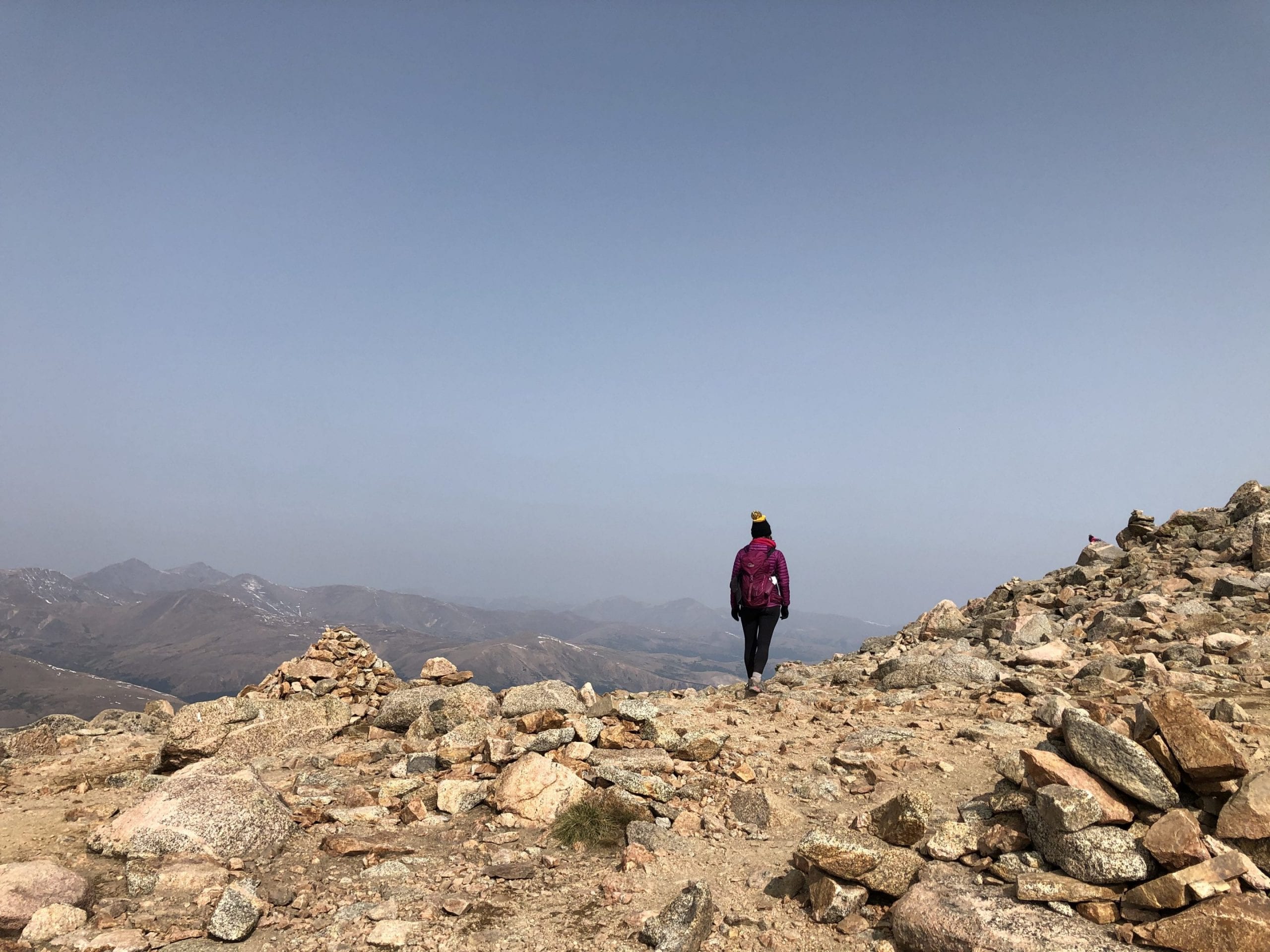 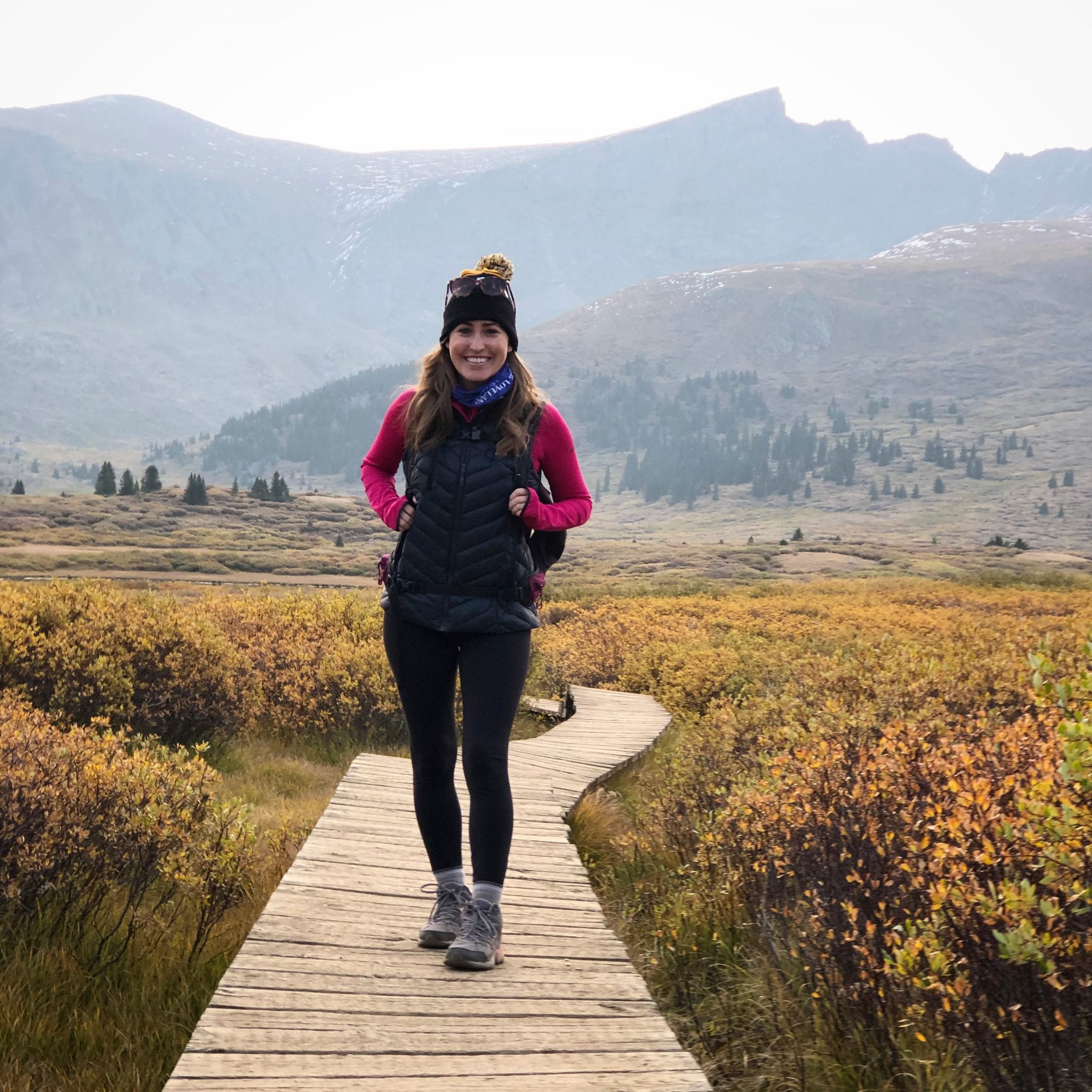 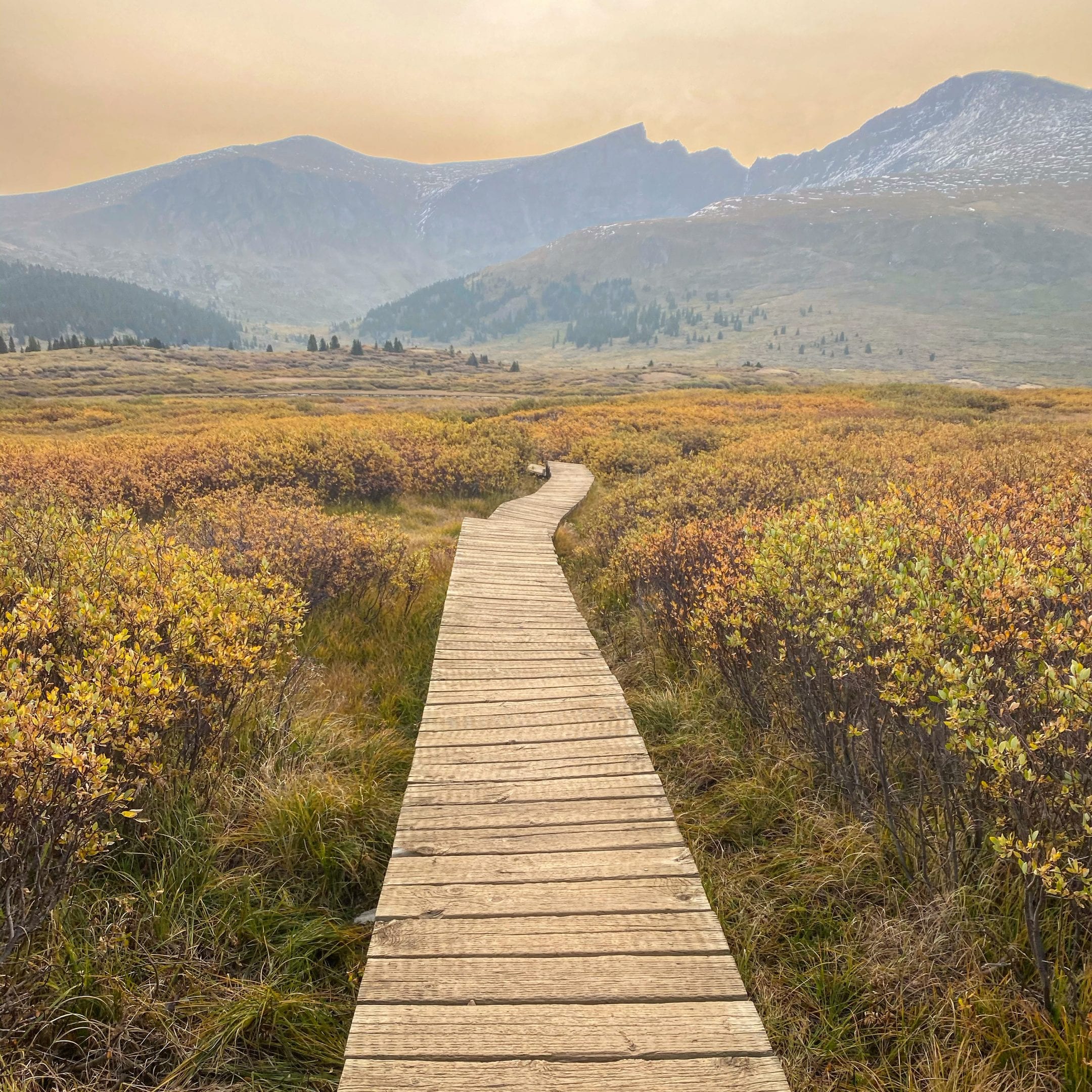 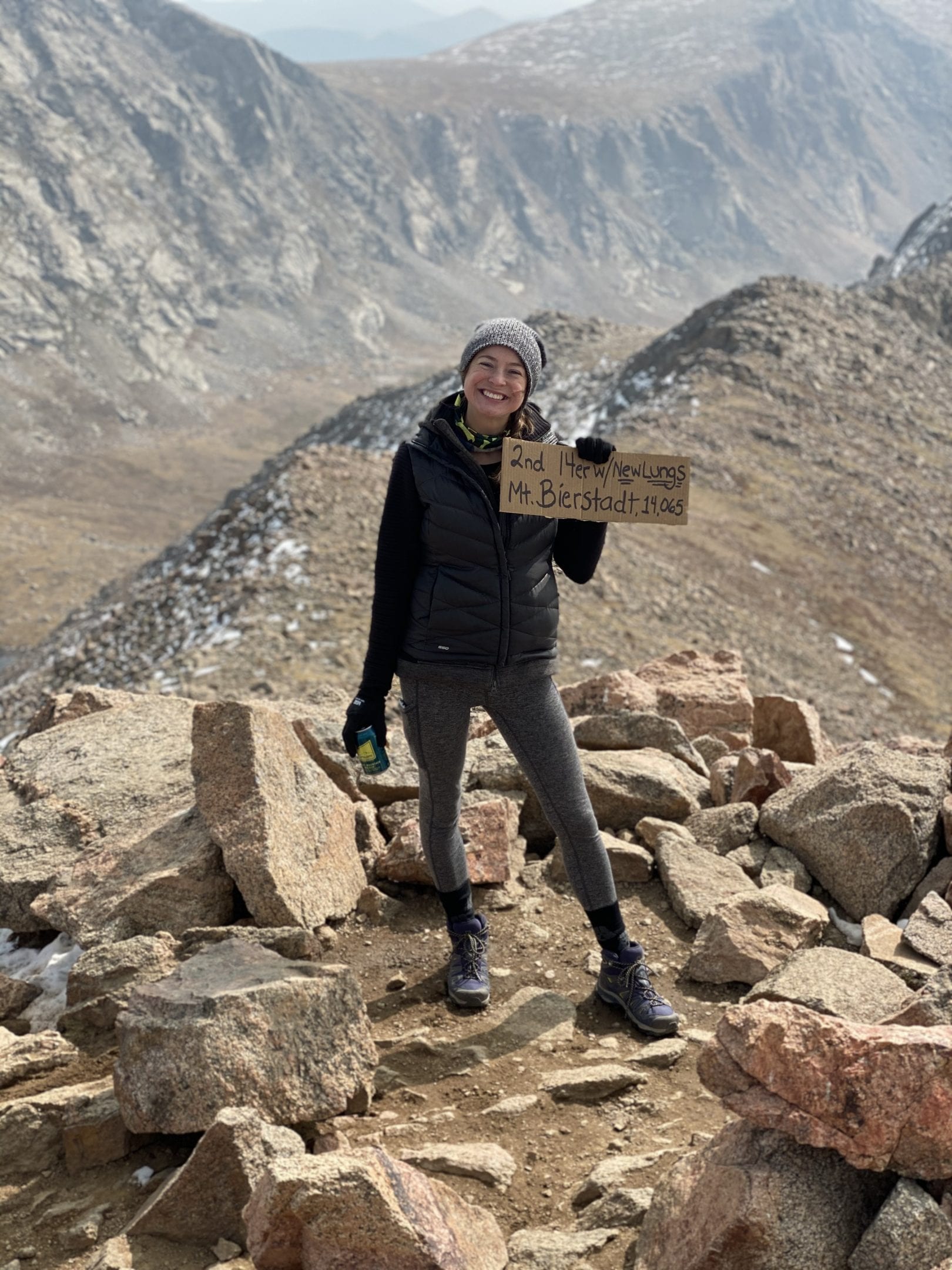