“To be honest, the idea totally terrifies me.”

It was 4:00am and I was getting ready in the Green Room at Fox31 with my co-anchor, Ashley Ryan. As we were applying the obnoxious amount of TV makeup required to go on air I was filling her in on a backpacking trip I’d been contemplating going on. I hadn’t heard of the Fjallraven Classic before and spent a fair amount of time on the phone with them beforehand letting them know I was probably wasn’t right for this trip. After all, Approachable Outdoors was built on the idea of “less intimidating” when it comes to getting outside. It’s filled with advice for beginners, learning trail etiquette and hikes that’ll have you back in Denver in time for brunch or happy hour.

At first glance, the Classic seemed like it was anything but approachable. It was three days of hiking around 30 miles with two nights of camping in between. They have them all over the world in places like Sweden, Korea, Germany and the US Classic happened to be right in my backyard here in Colorado.

When I first heard about it I laughed it off, sending it to a few friends saying the thought of this city girl backpacking and camping was hilarious. Instead, the response surprised me – every person said to do it. But nothing secured it in my mind until the challenge from Ashley that morning.

She was right, the best things I’ve done in my life were things that terrified me and fear is a pretty lousy reason to not try something new.

So instead I started to get excited.

The first steps on the trail felt great. I did an 11 mile hike two weeks before the Classic to make sure my boots and legs could handle the length, did Pilates every day until a few days before when I let my legs rest. I wasn’t carrying the full pack, but still had an overstuffed backpack and it felt good to feel strong. To my surprise the first 5 miles flew by and we were at the first checkpoint which delightfully was filled with snacks, kombucha on tap and endless words of encouragement from the staff there. It had the feel of the few half marathons I had done – You’re competing against yourself, but surrounded by others doing the same with the support to make it doable and actually enjoyable along the way.

At the campsite we all spread out to set up our tents. After a disgusting near-miss with group of maggots then an ant hill, I set up (with some help) on top of a hill in the trees close enough to fellow campers to ensure they’d hear if a bear or any other wild animal entered my tent.

One of the things that surprised me about the Classic was how much support they had for the trekkers and how much I learned along the way. We had an entire team from Leave No Trace who talked at length about how our giant group was going to leave as little impact as possible on the environment as we went. They had spent months preparing to make sure we left the trails, camping area the exact same as we found it. You could feel the amount of planning, thought & passion that came along with the Classic and it was contagious. Everyone was on board and cared deeply about preserving the places we touched, even if it meant using a Wag Bag.

Hadn’t heard of it before? I hadn’t either and if there was one topic that dominated the entire trip it was the Wag Bag. To put it gently, the Wag Bag was where we were expected to do our business, leading to endless jokes surrounding the number two. Most of time when you’re backpacking you dig a cat hole, but as you can imagine – 200 people digging 200 cat holes in one area would lead to a less than ideal, and quite frankly shitty situation for the environment.

I remember looking around the camp site and realizing that of all the ways to give backpacking a try, this was absolutely the most approachable. There were medics to help tape up blistered feet, a handful of guides along the way who were lovely and encouraging, plus they had meals for everyone that were absolutely delicious. The route was well marked and the checkpoints had extra water so you never had to worry about running out. I was incredibly impressed that they somehow made a three day trek not only not intimidating and but pretty seamless.

I didn’t sleep much that night, most of us didn’t so I was surprised at how much energy I had when we hit the trail for day two – our 12 mile day. After the first day was mostly in the forest, day two brought some of the most incredible views. 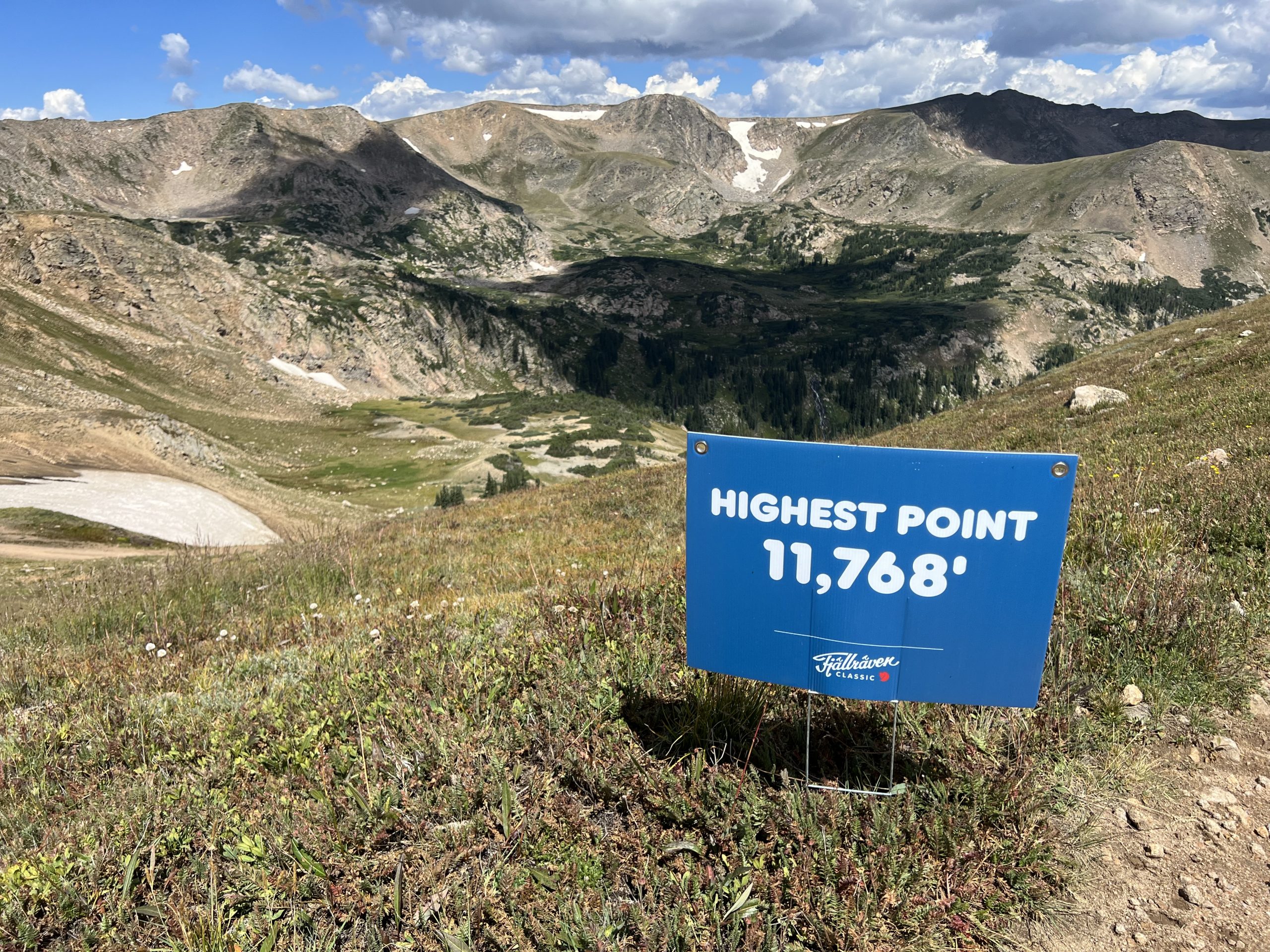 It was one of those hikes where you just look out and feel like one of the luckiest people in the world to be right there in that moment.

I had nothing to do that day but put one foot in front of the other and take in the sights. We were out of cell service for the entire trip and I threw my phone on airplane mode just to make sure even if we did get a pocket of service I wouldn’t be inundated with the pings that would pull my mind from the mountains. It was the perfect mental health reset I’d been craving.

By the time we reached the camp site for night two I felt a bit of sadness. I couldn’t get the full three days off of work (there are only so many Meteorologists in one department) so I was being plucked out to make it to work at 3 a.m. the next day. I was disappointed but filled with gratitude I got to do the first two days. Originally cutting it short had sounded like a perfect way to ease into backpacking, but then once I was there the thought of leaving early left a knot in my stomach – knowing I didn’t have one more day of this life in the mountains. I also wanted to finish with the people I had started with, strangers who had quickly become friends I couldn’t wait to keep in touch with. More than anything it left me feeling determined to come back and complete the trek. To prove to myself that I can do the two nights in a tent, the extra 10 miles on the third day.

It’s funny to think that just a few weeks ago I was laughing and completely freaked out at the idea of going on the Classic and now I can’t wait to go back. Once again, the thing that scared me ended up being one of the most worthwhile trips of my life. 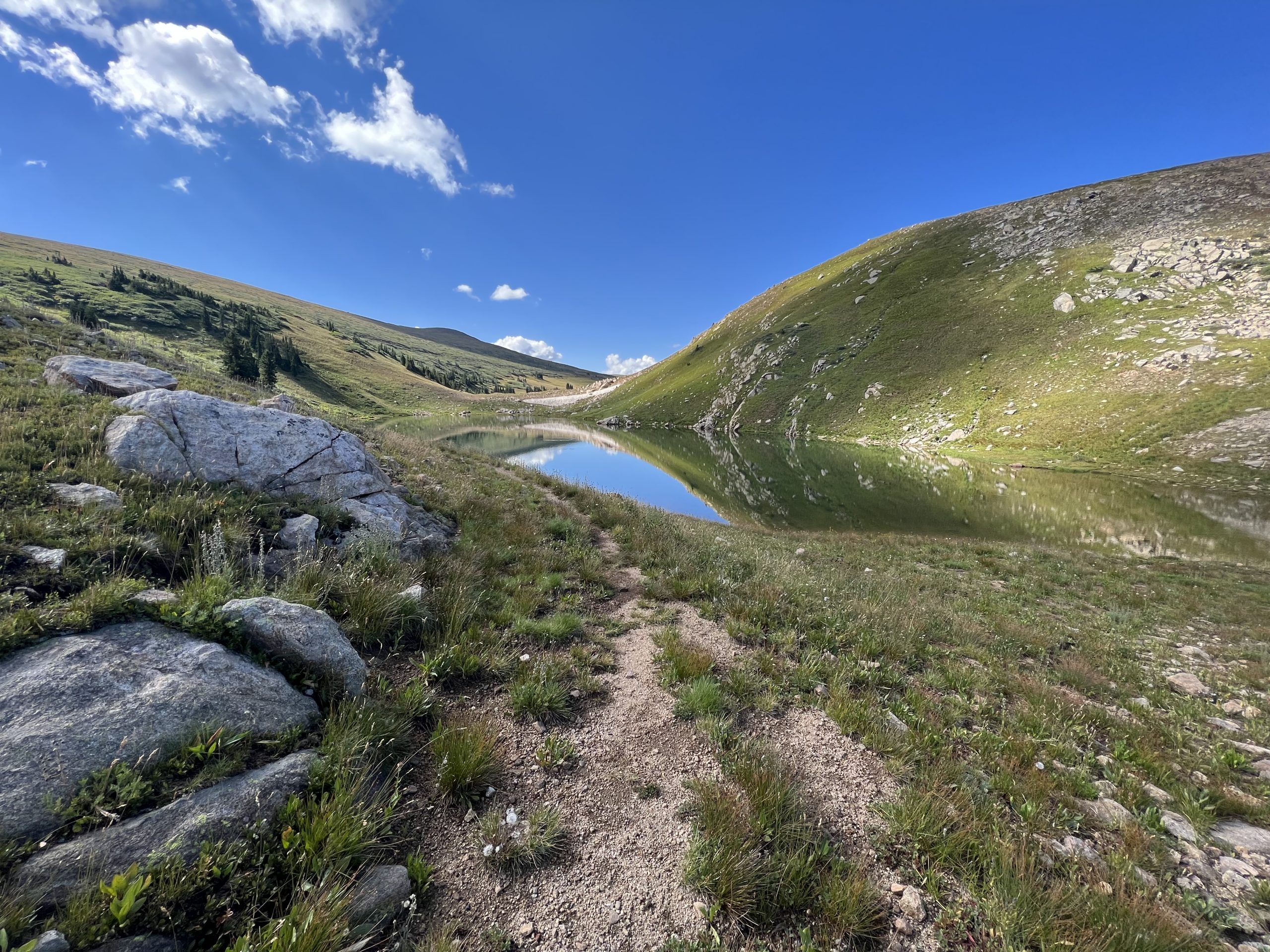 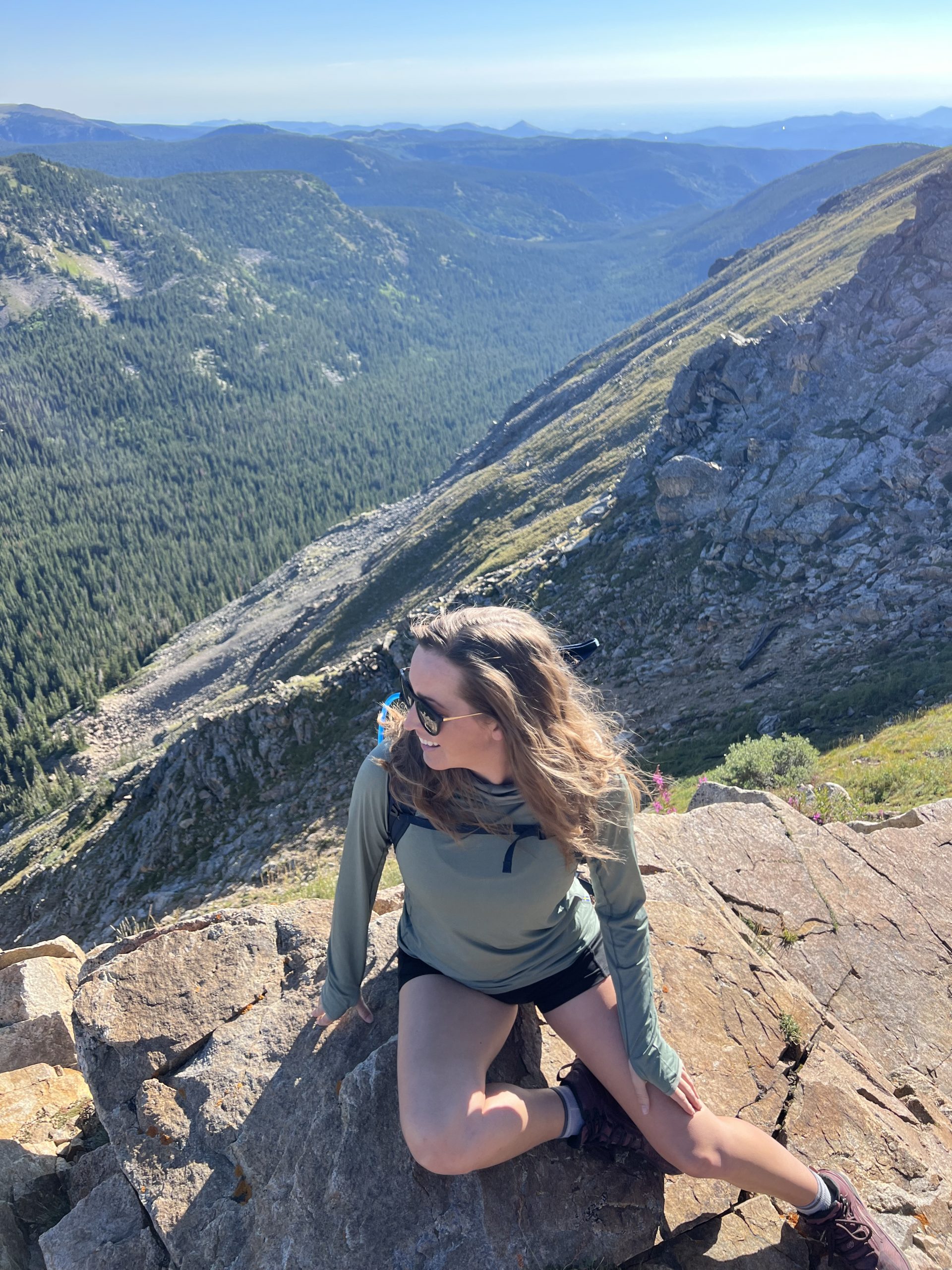 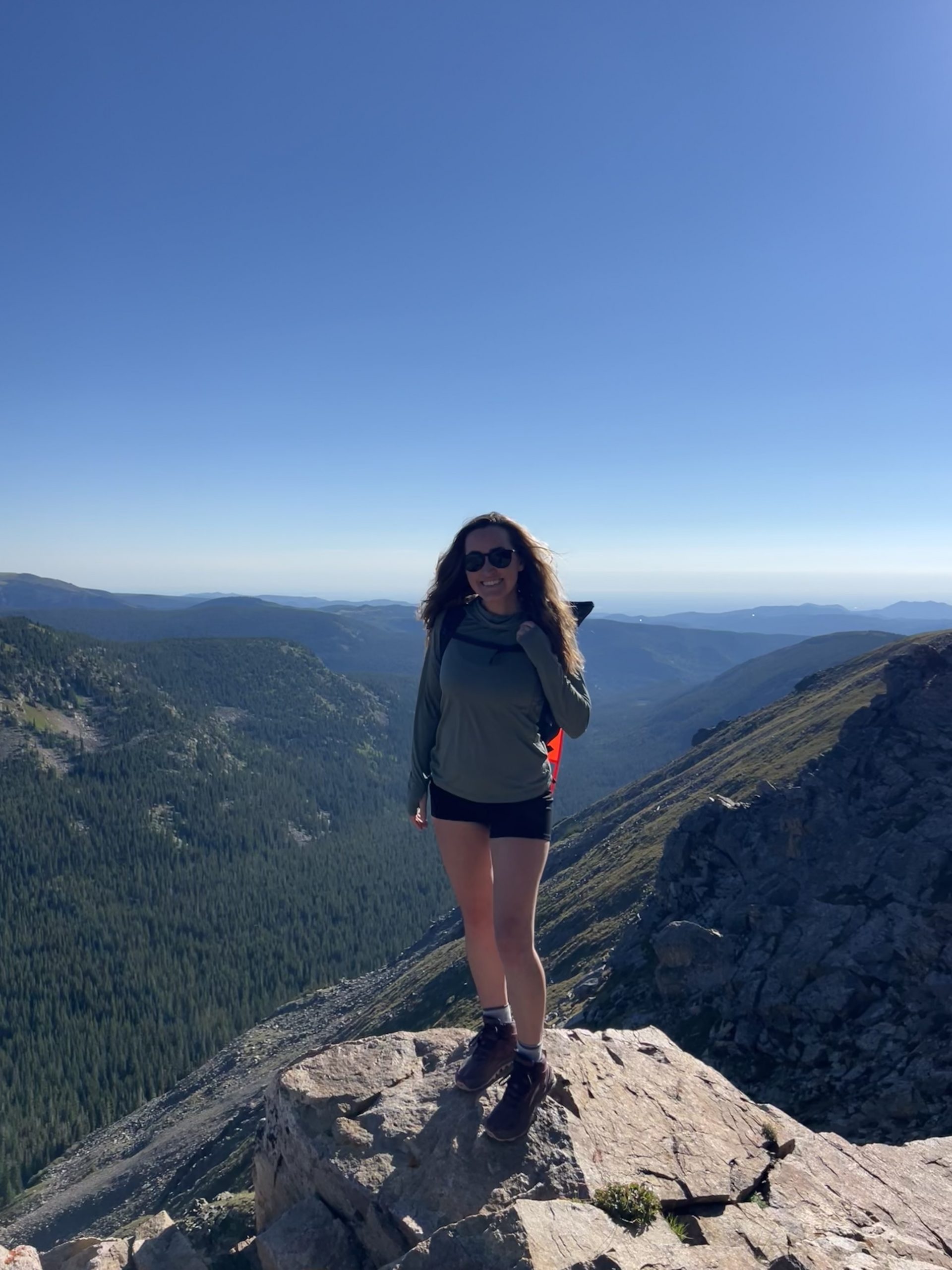 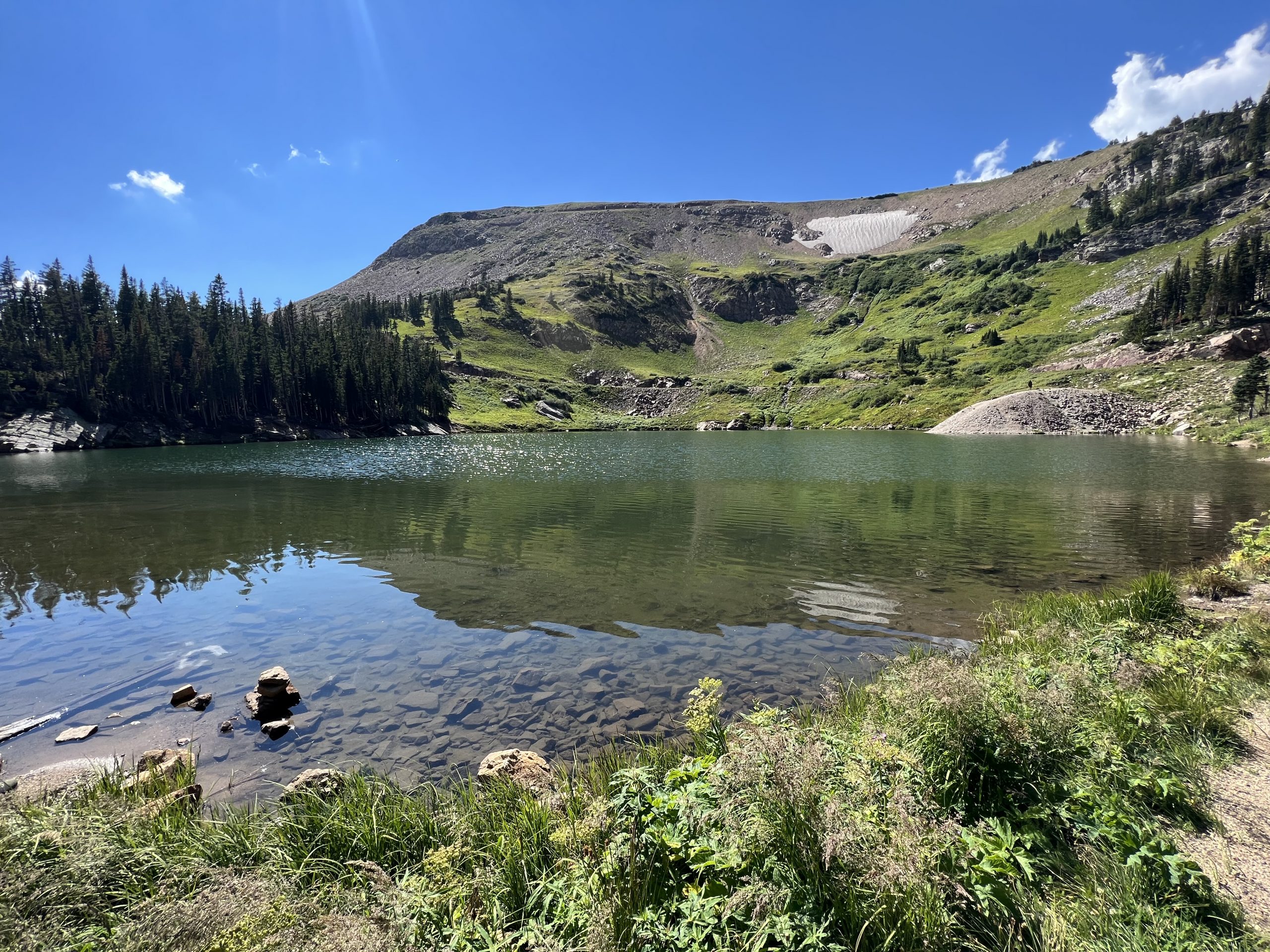 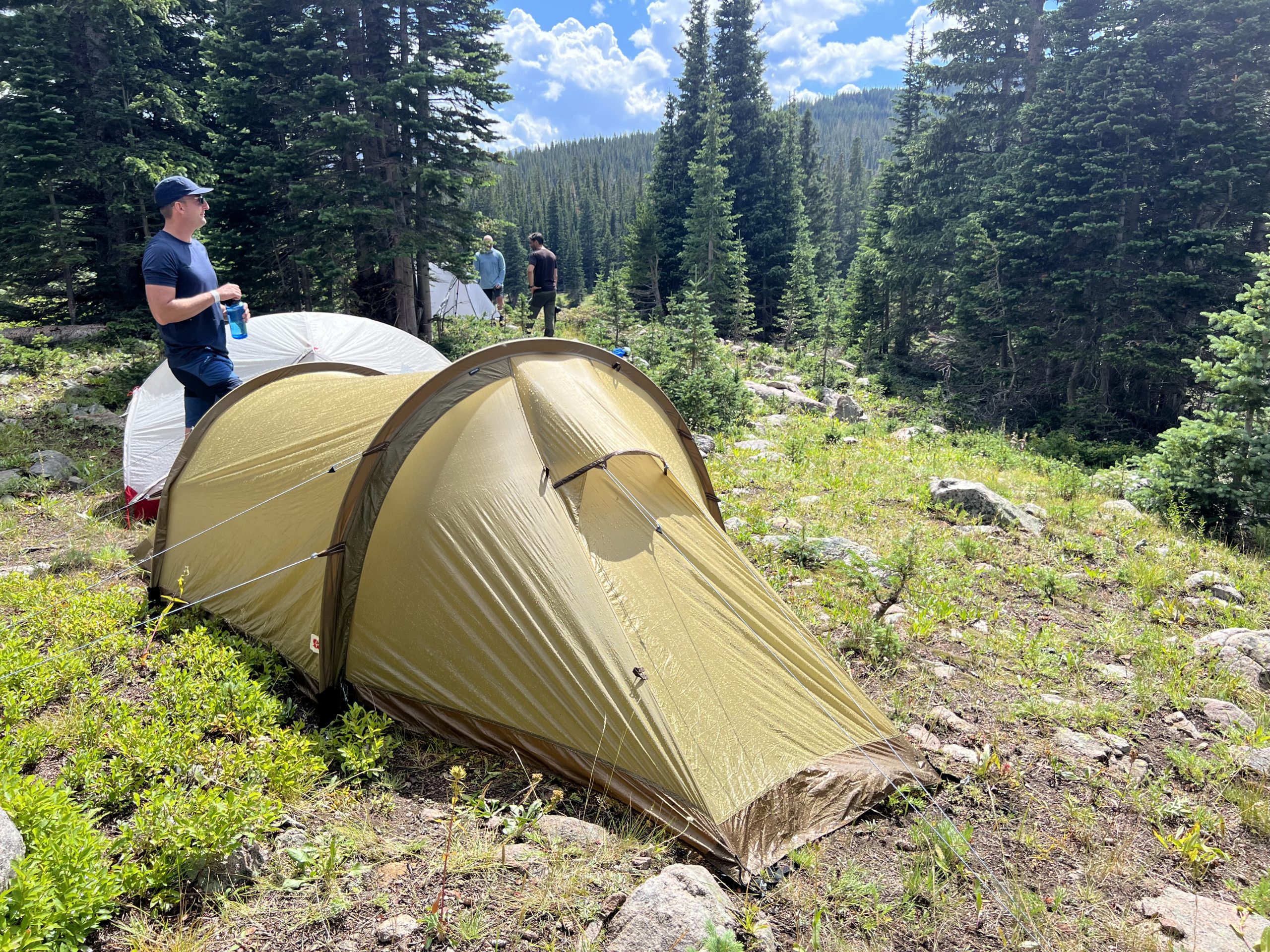 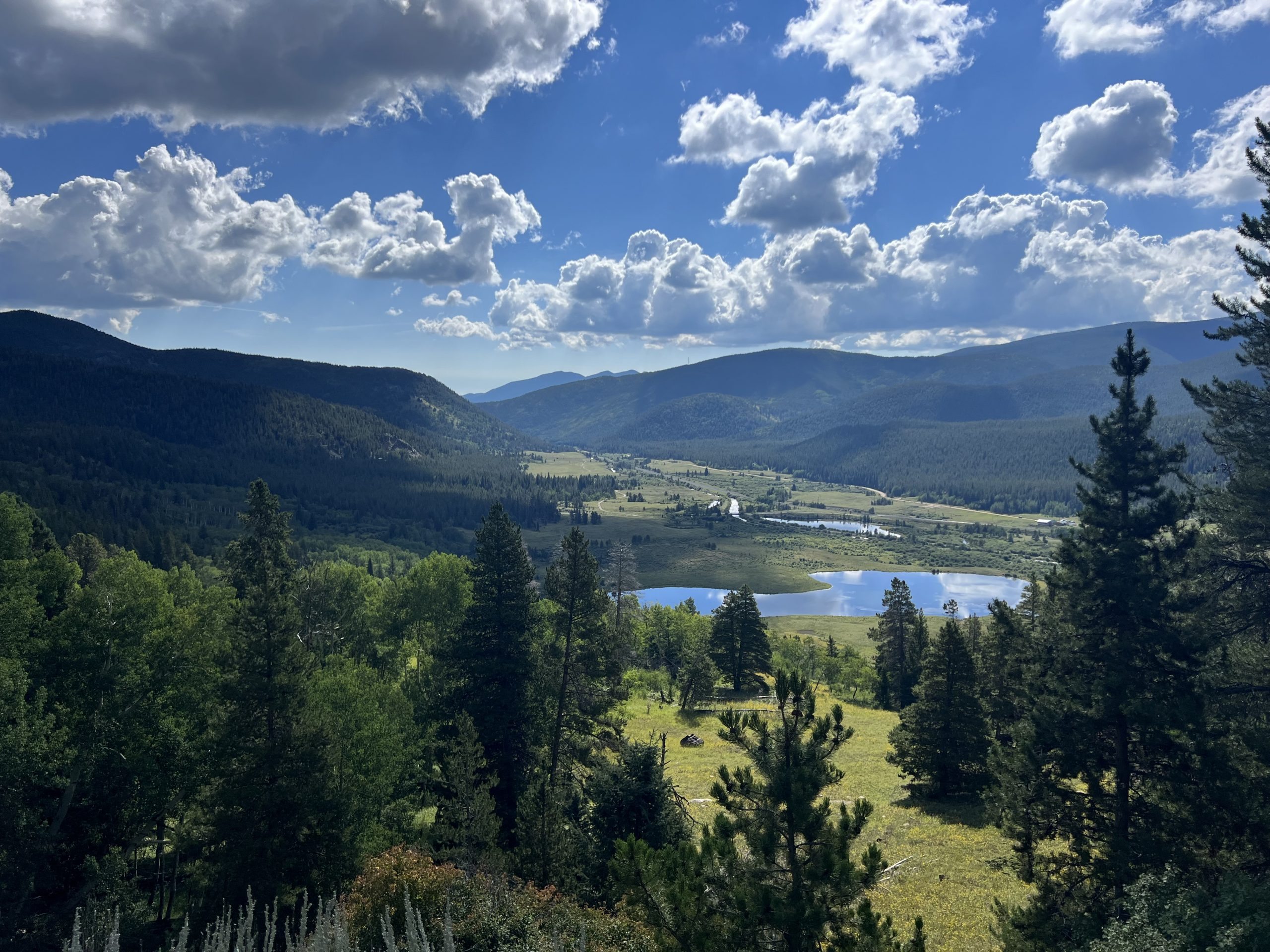 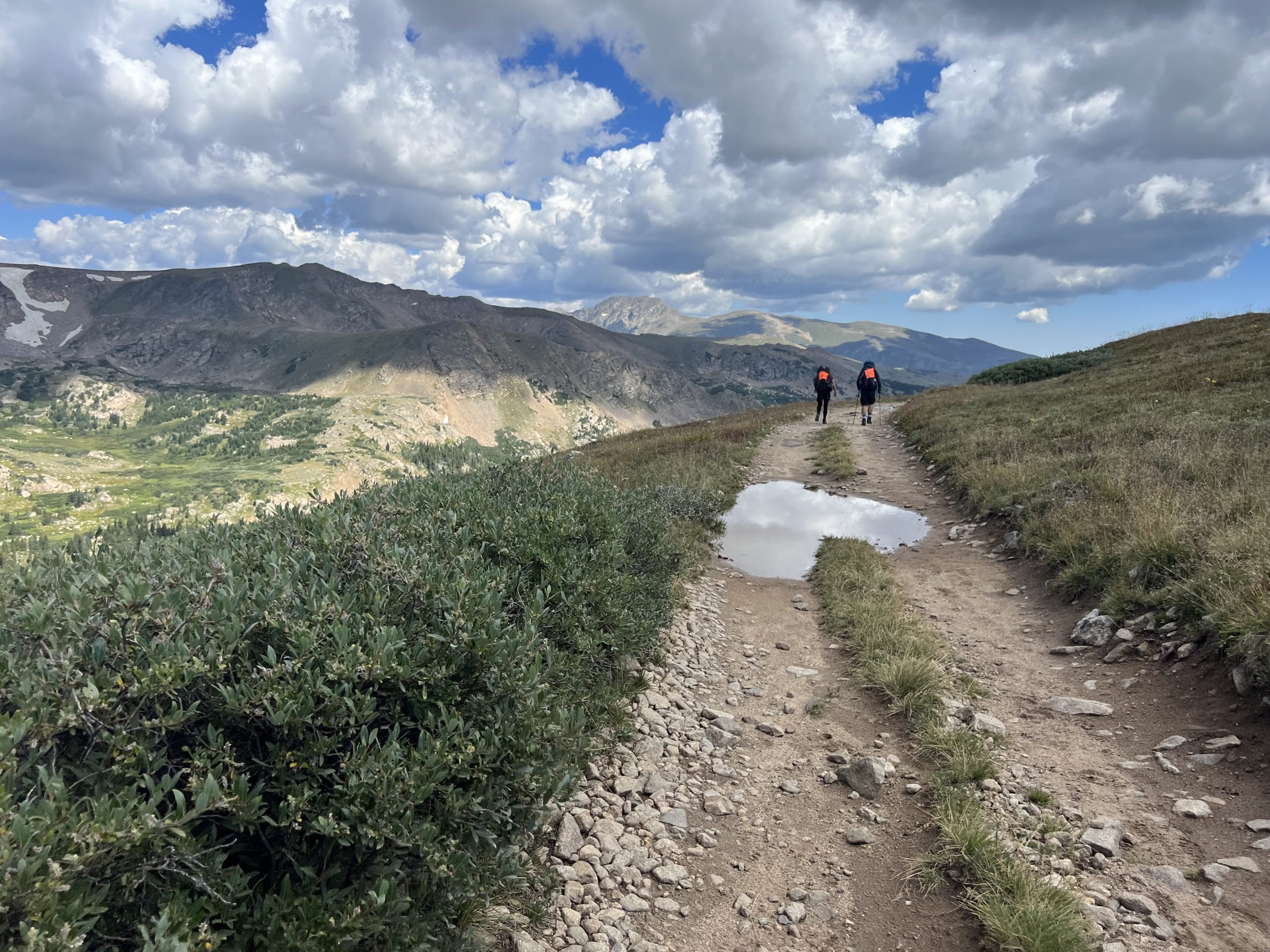 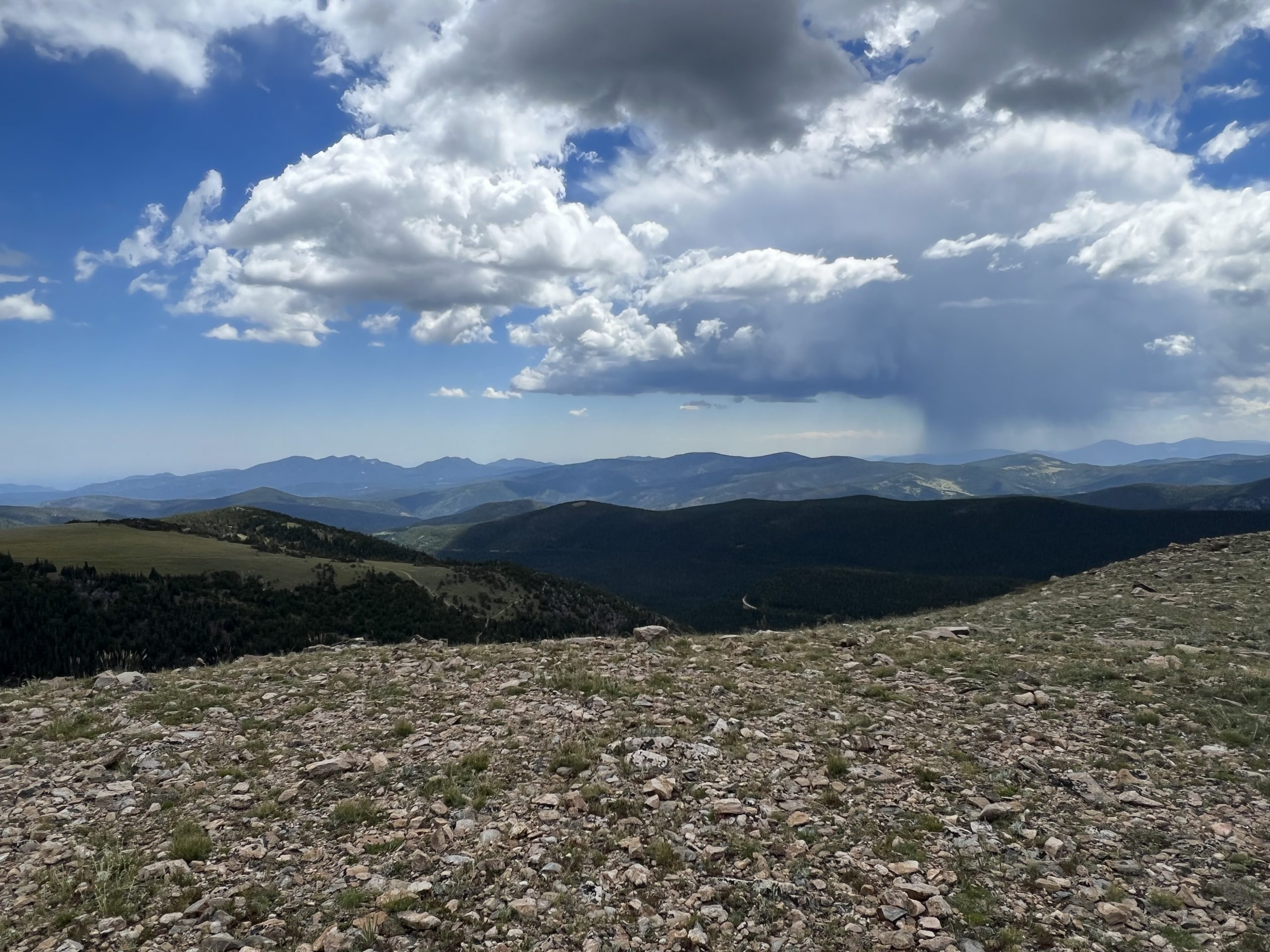 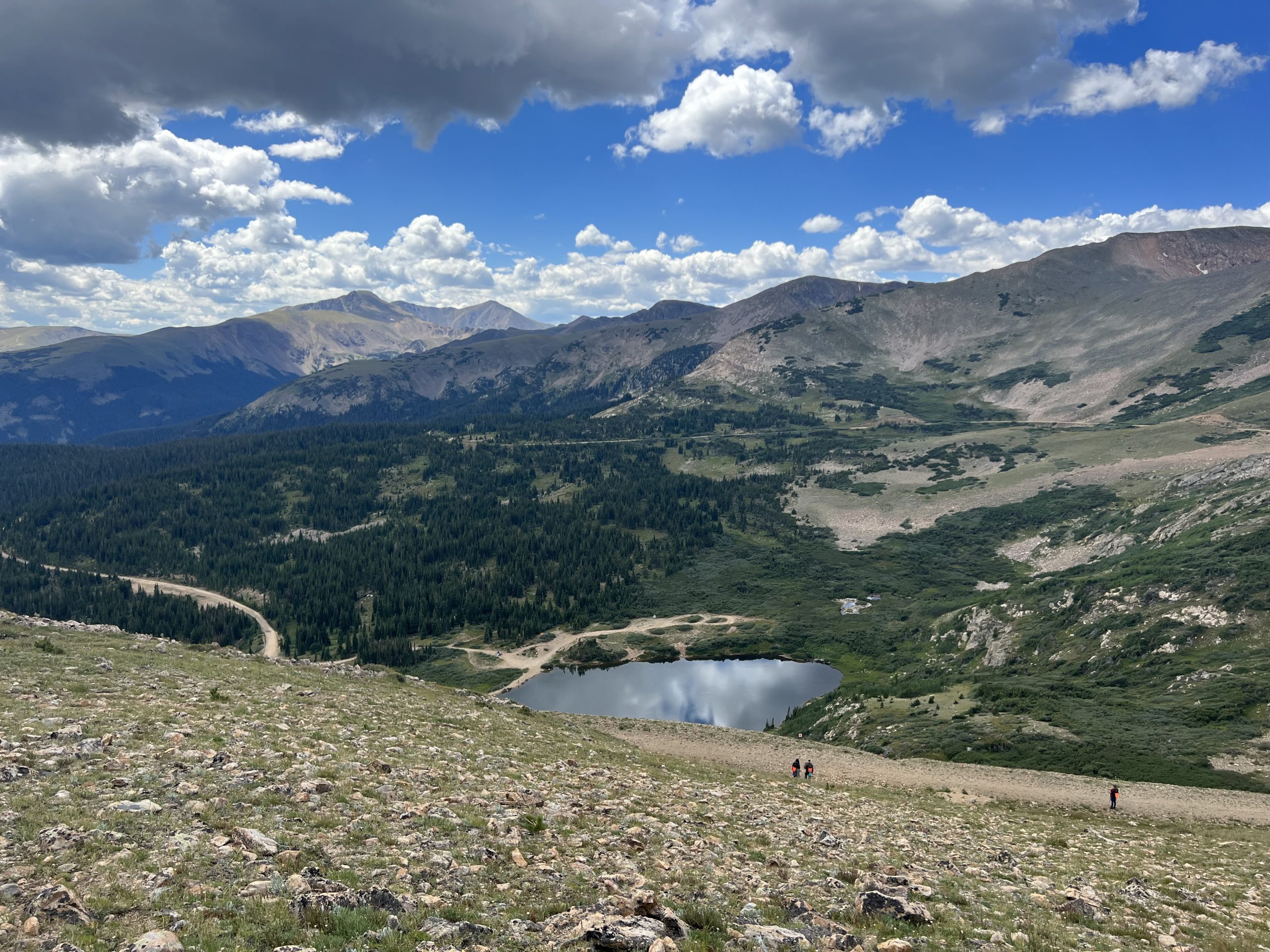 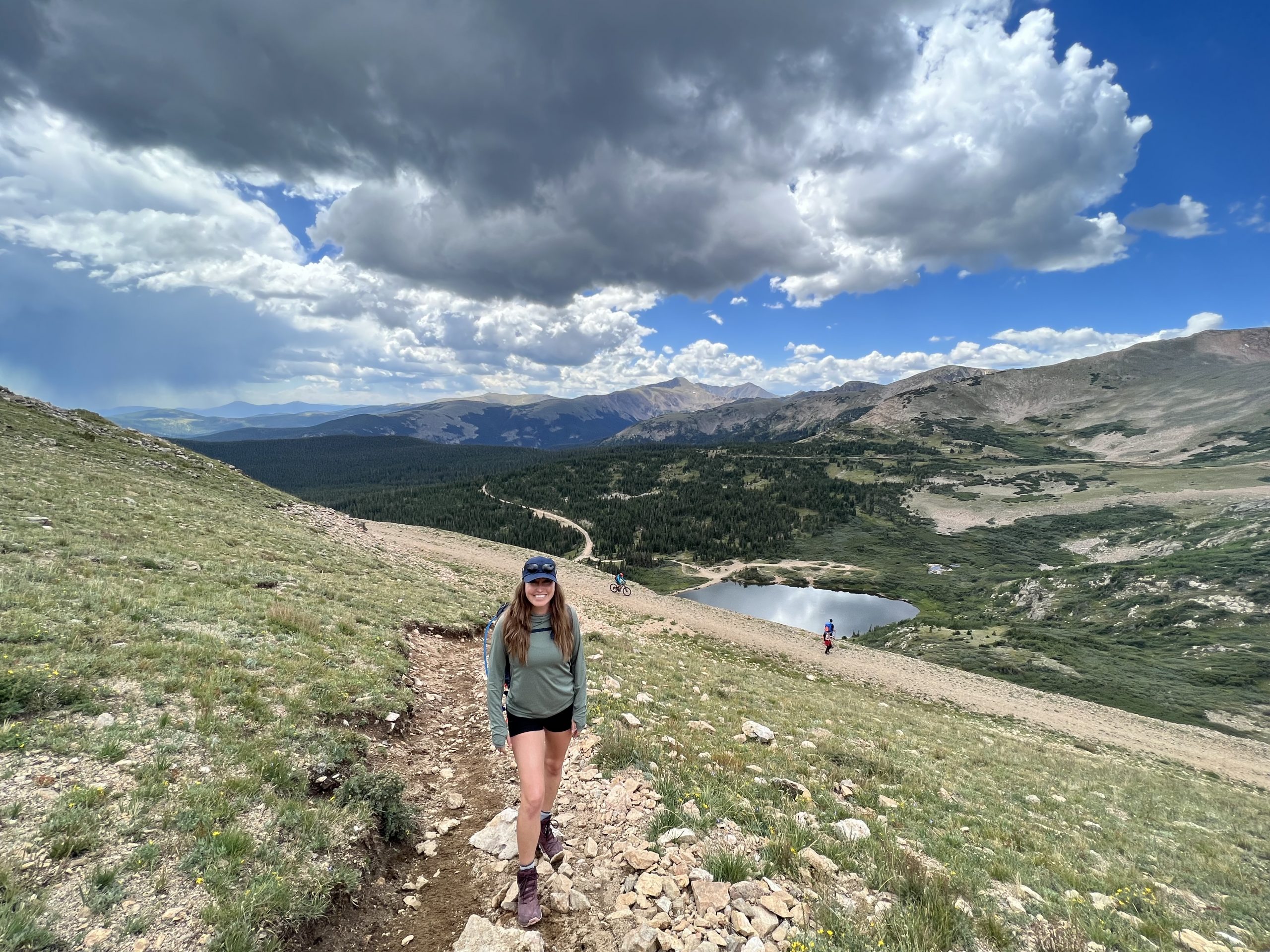